Adaptation to Water Scarcity in the Western U.S.

Water scarcity is a huge problem that grows more serious every day because of unrelenting droughts caused by climate change. We propose a solution to a particular problem of water scarcity in Las Vegas, Nevada, that can serve as an example of two important guidelines that should be applied elsewhere in the U.S. and around the world:

In this case, we propose a desalination plan as an alternative to an existing groundwater pumping plan for Las Vegas that (a) is very expensive ($15.45 billion), (b) would call for the biggest groundwater pumping project in the history of the United States, and (c) would cause severe long-term impact on water resources, threats to protected species, and permanent damage to the ecosystem.

The desalination plan, based on systems thinking, is much less expensive and more environmentally responsible. It involves offering Las Vegas a greater share of water from the Colorado River system in exchange for its providing supplies of desalinated water to Los Angeles. It could also save rate-payers and taxpayers in Nevada about $8 billion.

Many civic and environmental groups stand in opposition to the groundwater plan to bring water to Las Vegas from wells 263 miles away in eastern Nevada.  Part of our proposal involves carrying out a public education and advocacy campaign to promote the desalination plan as a replacement for the groundwater plan.

Clean Energy for Desalination and Reducing Water Loss from Evaporation

Systems thinking leads to a plan to keep Hoover Dam as viable source of clean water and energy.

Hoover Dam, built during the Great Depression, should be preserved as (a) a powerful and lasting historic symbol of resilience and determination of Americans and (b) a sustainable source of clean hydroelectric power and water. Unfortunately, Hoover Dam’s capacity to generate and transmit electricity has been reduced because drought has reduced water that is available to turn its turbines.

To bolster the viability of the Hoover Dam system as a source of clean energy and water and to tap underutilized transmission capacity, we propose installing a floating solar photovoltaic (PV) farm on Lake Mead, Hoover Dam’s reservoir, to generate electric power. These floating platforms, covered with solar PV panels, would provide shade for lake water, thus reducing loss of water from evaporation. Less evaporation means more water available both for generating electricity and for meeting water demand from consumers and businesses in Arizona, California, and Nevada.

Energy from this floating solar PV farm could be used for a large variety of purposes. We propose to use this green and renewable power source to power desalination plants on the California Coast to support a water exchange program between Nevada and California. Thus, this proposed project uses systems thinking to identify novel and cooperative ways to put underutilized resources to work to produce clean energy and water.

Transitioning away from Fossil Fuels to Renewable Sources of Energy

Power Plant of the Future: Clean, abundant, and safe energy with no greenhouse gases.

The Energy Island system uses multiple co-located sources of energy to produce clean reliable electricity to the grid. Its development is important for these reasons: 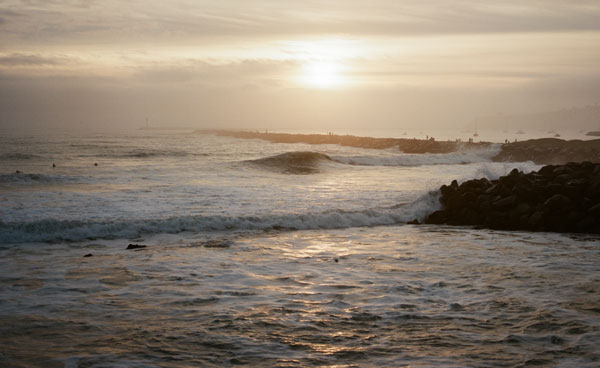 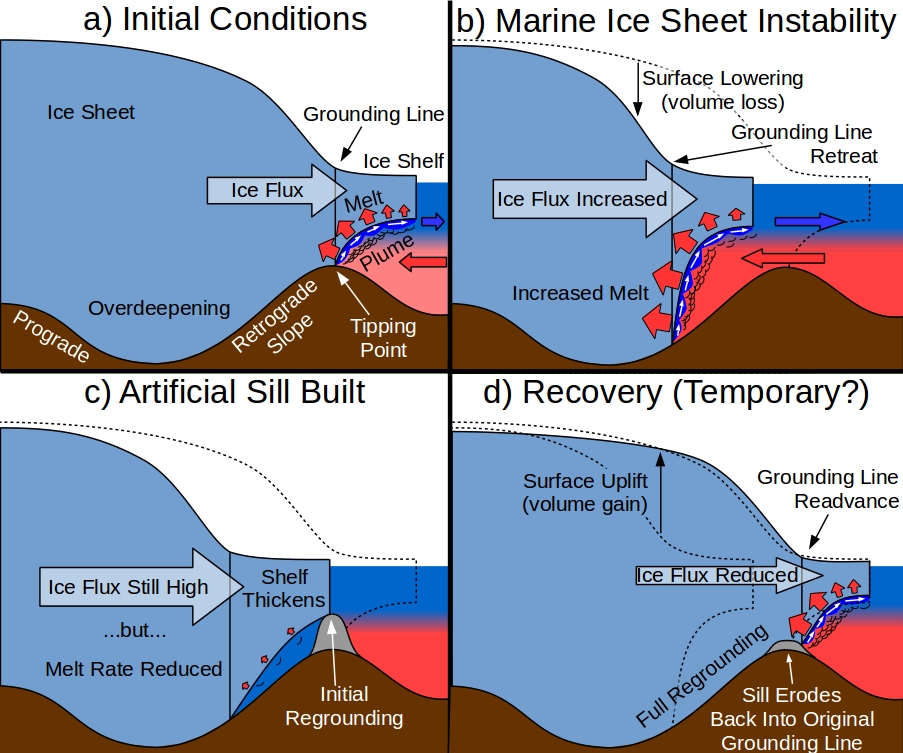 We are optimistic humans will eventually gain control over climate change; but before that happens, mitigating efforts should be started to deal with global sea level rise – a problem that is already serious and is destined to become much more serious.  Levels of carbon dioxide already in the atmosphere will cause global increases in temperature and sea level with devastating consequences – consequences that will occur even if all fossil fuel emissions stopped today.

The greatest long-term threat of rising seas comes not from Greenland but from Antarctica, where 90 percent of the earth’s ice is found. Melting of that ice would raise sea level by tens of meters. Wind-driven currents and tides of carbon dioxide-warmed seawater, impinging on the western coast of Antarctica, penetrate the bases of glaciers that rest partially on rocky coastal lands. Melting of glacial ice from the bottom up reduces friction between the glaciers and land. That allows rapid slipping of the glaciers into the sea, where they melt and contribute to global sea rise.

We propose a project to demonstrate how cooled seawater can be directed to the underside of a glacier in Antarctica to slow its melting and slipping. The project design specifies strategically located injection wells to be (a) drilled downward into spaces underneath a glacier and (b) used to convey cooled seawater down and under the glacier. Given Antarctica is the coldest continent on Earth and unlimited volumes of seawater are available on the coast of Antarctica, it is completely feasible to use energy from the strongest winds on Earth to direct cooled seawater in a strategic manner to protect the underside of a coastal glacier. This approach can be applied to create a strategic bottleneck in a channel underneath a glacier – the channel that would otherwise be traversed by warm seawater before it goes about melting the glacier from below.

Replacing the traditional backwash stage with a revolutionary forward wash filter cleaning (FWFC) stage provides several advantages over conventional granular media filters:
Filtering and Filter Cleaning
First, during the filtering stage, particulates (shown in dark orange) in an upwardly-flowing fluid (blue) are trapped in a compacted layer of granular material. Second, during a short cleaning stage, the layer of granular material is loosened and the particulates are released and directed toward a disposal space.
Particulates are released and flow to disposal when the granular material of the filtering layer is loosened. Loosening the filtering layer can be achieved by several methods:
The patent for the Forward Wash Filter Cleaning device can be seen at http://bit.ly/2phTuKj (U.S. Patent No. 9,610,527).
Explore